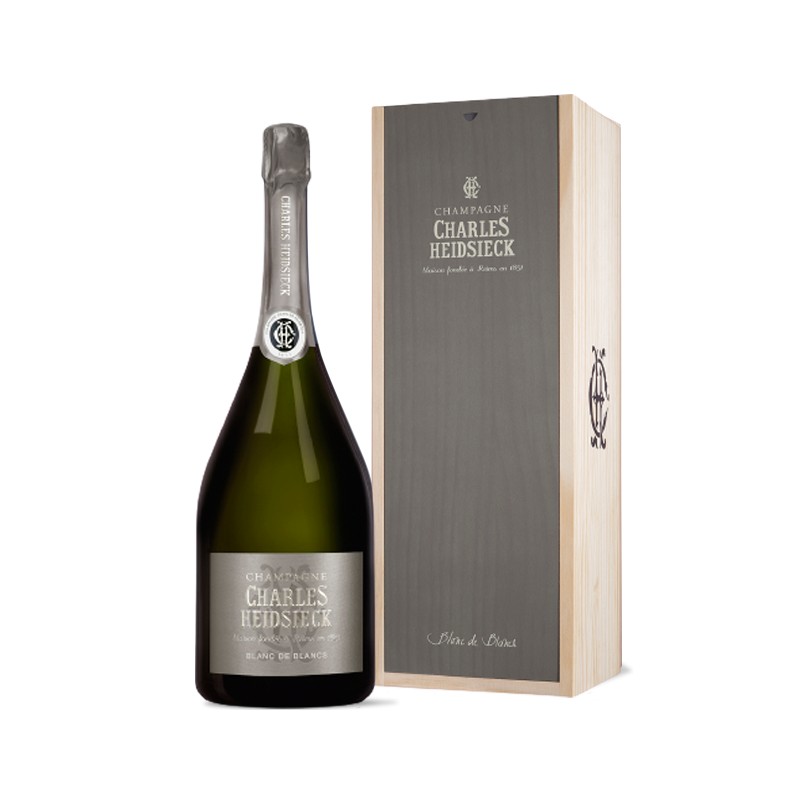 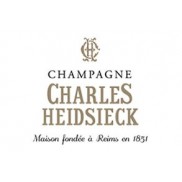 CHAMPAGNE BLANC DE BLANCS
GRAPE VARIETY
Chardonnay
TASTING NOTES
75% of wines of the year, 25% of reserve wines with an average age of 5 years. Majority of crus coming from the Côte des Blancs (Oger, Vertus), completed by VillersMarmery, Trépail, Vaudemange and Montgueux Aged more than 4 years on the lees. To the eye: pale, crystalline gold with the typical glints of the Chardonnay varietal. On the nose: the aromas of mature Chardonnay can be recognised initially: white peach, candied citrus with notes of lime, honeysuckle and fresh hazelnut, giving way to subtle hints of tangerine and lemon. On the palate: freshness and tautness mark this typically Charles generosity: the attack is pure and forthright, not aggressive but almost unconventionally suave for a Blanc de Blancs, so often characterised as being sharp rather than creamy. The harmonious finish offers surprising minerality and a slight salinity.
DOSAGE : 10g/l 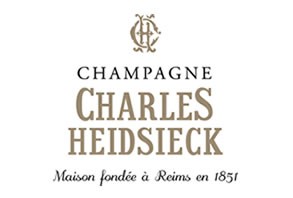 Discover the Maison Charles Heidsieck and its fine Champagnes in our online store Charles Camille Heidsieck was born in 1822, 37 years after his great-uncle founded Champagne Heidsieck et Cie House. The young Charles grows up in an environment where one breathes the air of champagne from an early age, instructed following a rigid Prussian rigor. At just 29, he took his destiny into his own hands and founded the Maison Charles Heidsieck , buying 47 crayères in which to vinify the grapes grown by his cousin Ernest Henriot. The 19th Century is the era of great discoveries and Charles immediately revealed himself to be a visionary, innovative and highly intelligent man. He becomes ambassador of his own Maison and, consequently, of all of France. During his travels, Charles Heidsieck embodies contemporary French glamor and distinguishes himself as a free spirit with an innate kindness. Charles is a man with an elegant and clean charm, he conquers America and seduces the bourgeoisie of New York, becoming the legendary "Champagne Charlie" . More than 160 years after its creation, the Maison remains a family business driven by the enterprising, ambitious and courageous spirit of the founder. The Champagnes Charles Heidsieck enjoy absolute fame. The unique style, characterized by a high percentage of reserve wines, is what gives balance to the Maison's cuvée sans année. The selected grapes give, together with the original Crus, give complexity to the final product. Vinified vine by vine, they allow a precise selection of each wine in which one brings its touch of depth, the other its share of softness. The separate vinifications allow to obtain precision and great refinement in the construction of flavors.